Sorry if you're suffering Lockerbie fatigue - it's just that this piece from Martin Bright got on my nerves. Amongst the arguments he mobilises in his sonorous warnings about our moral degradation is this breathtaking insight into the Libyan regime:

"The Libyan regime funded IRA terrorism, pursued and murdered its dissidents on the streets of European cities and is the only foreign government I know that is responsible for the killing of a British policewoman."

Let's be clear here; he's using this as part of an argument in favour of letting Megrahi die in prison. But Megrahi was not in jail for funding the IRA nor for the murder of Yvonne Fletcher - so it's my turn to accuse Martin Bright of moral degradation: his logic is exactly the same as those who shrugged after 9/11 because of America's misdeeds in various places - the Middle East, Latin America. I have to say I was baffled when people mentioned as an example the assassination of Allende in this context - which they did. Were Al-Qaeda operating on some intelligence that Kissinger was in the Twin Towers? Of course not. So Chile is irrelevant. And so is the murder of Yvonne Fletcher and Libya's support for the IRA.

Anyway, it can't have escaped Martin Bright's attention that there's been quite a few IRA, along with UDA, murderers released from prison under the terms of the Good Friday agreement. Has he been thundering about this? It's a genuine question - I wouldn't know. Somehow I doubt it, though. But Megrahi has to remain as some sort of lightening rod for surplus moral outrage? If you have this - Aaronovitch take note - might it not be better directed at the British Government under the stewardship of Tony Blair who decided that the Colonel would benefit, along with BP, from this rehabilitation of international offenders policy?

I'm getting a little fed up with these Jeremiahs, journos making the long march to the right by stealth, striking a pose as master physicians cutting the dead weight of deception away from men's souls. Physician, heal thyself.
Posted by Shuggy at 11:04 PM No comments:

You'll have heard of this already, no doubt. If you scroll to the bottom, you'll see this:

"Why did MacAskill and the Scottish National Party desire so strongly to show compassion for al-Megrahi, but not for the American victims? Why have the concerns of the American families been so routinely dismissed and discarded?"

Because a decision that ignored the protocols of Scots' Law in deference to the wishes of the Americans would have failed the standards of any process that could reasonably be desrcibed as legal? The boys and girls of boycottscotland.com have an alternative theory:

Yes, on reflection, you're quite right. Vilification of the US in various parts of the world obviously formed the basis of MacAskill's decison. Because it is self-evident that the only possible reason that anyone could have for doing something the Americans don't like is a pathological hatred of Americans. What other reason could there possibly be?

America: the world's victim.
Posted by Shuggy at 11:48 PM No comments:

Megrahi's release: what we do know

While I should say from the outset that I simply don't believe the official narrative when it comes to this case, I'll restrict myself to what we do know - because I think there is enough there to take issue with the mob currently baying for blood on both sides of the Atlantic following the Scottish Government's decision to release Adelbaset al-Megrahi.

For example, when Fraser Nelson says that the evidence against Megrahi was 'overwhelming', we know that this is not a universally shared opinion. It doesn't, for instance, seem to have been the opinion of the judges at the original trial who said, in para 89 of their ruling[pdf] that:

"We are aware that in relation to certain aspects of the case there are a number of uncertainties and qualifications. We are also aware that there is a danger that by selecting parts of the evidence which seem to fit together and ignoring parts which might not fit, it is possible to read into a mass of conflicting evidence a pattern or conclusion which is not really justified."

We also know that the judges, despite this, went on to find Megrahi guilty beyond a reasonable doubt - a decision considered questionable enough for an appeal request to have been granted.

(I'd like to insert here the observation that thinking a conspiracy may have taken place does not make one a 'conspiracy theorist'. To insist otherwise would lead one, for example, to conclude that there was not, after all, any intention on Richard Nixon's part to subvert the Constitution of the United States when he ordered the Watergate break-in. In any event, arguing that a miscarriage of justice may have taken place does not necessitate a belief in a conspiracy at all.)

We also know that neither the original trial judges nor Her Majesty's Government ever suggested at any time that Megrahi was acting alone as a sort of Lee Harvey Oswald of international terrorism. Therefore, according to the official narrative, the prime movers of the Lockerbie bombing have never been brought to justice. Furthermore, given that both London and Washington both held the Gaddafi regime responsible, they have failed to give any convincing reason why Megrahi should continue to be punished when they themselves have initiated a process whereby Libya is supposed to be rehabilitated and invited to re-join the international community.

With regards the Scottish Justice Minister Kenny MacAskill's decision, we don't know as yet what the British government thinks of it because while their representatives have been quick to offer an opinion on weighty matters such as the deaths of Jade Goody and Michael Jackson, they are surprisingly coy about this subject. The murky atmosphere surrounding this case is unlikely to be dispelled any time soon - not least because David Milliband has slapped a PIIC on the Lockerbie Papers. This from a government that routinely responds to protests about its intrusive behaviour with the retort that, "only the guilty have anything to fear".

Some of us suspect that Megrahi's release is not out of accordance with the wishes of London - but we can't know this. We also don't know whether MacAskill made the decision for the right reasons. But what sticks in the throat is the assumption that it is impossible that it was made in good faith. Here one should make the observation, as the Rodent does in his inimitable style, that while it is possible that partisan advantage was the motive here - one would have thought that releasing a convicted terrorist might not be the most obvious choice for the thinking political strategist.

Furthermore, as Ian Macwhirter points out - while there are a number of criticisms that could and have been made about the way this matter has been handled, the decision that MacAskill has made is in accordance with the principles of Scots' Law and his critics in Holyrood today failed to provide a single argument or piece of evidence that seriously challenges this.

In other words, no one has been able to demonstrate that this decision contravenes the principles of due process and the rule of law - yet we have to take lectures on these subjects from a nation that has been routinely water-boarding terrorist suspects in Guantánamo Bay. This too we know.

Finally, those vocal retributionists both sides of the Atlantic have been inviting those of us who support the Scottish Government's decision on this matter to consider how the families of the victims might feel. (Because their empathetic feelings are deeper, more profound and above all, more righteous than thou.) Leaving aside the fact that we know what a number of them think - that they support this decision - I can only say this: of course one can't know but only imagine. For myself, I imagine being of the vengeful disposition. But we also know that it is the function of a liberal polity not to write the vendetta principle into criminal statute and to limit the sometimes inexhaustible human desire for vengeance. Beyond this, on asking how the families would feel, I'd imagine they feel much like the relatives of those who died on Iran Air Flight 655 - bereft, desolate and enraged. Because for this no-one has provided a satisfactory explanation, nor apologized, nor been brought to justice - still less shown any remorse. This too we know.
Posted by Shuggy at 10:01 PM No comments:

They call it stormy Monday

But Tuesday's just as bad... 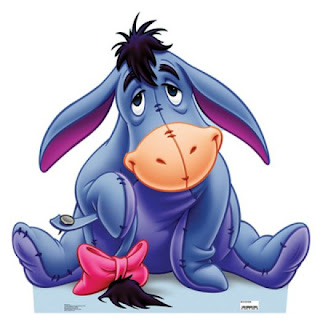 I came across this via the artist formerly known as Will Rubbish, which has to do with Her Majesty's Government proposals to impose on immigrants more stringent criteria where they have to demonstrate their commitment to British values. Apparently one of the ways in which they can do so is by canvassing for a political party and... ach, you'll have read the rest already.

One scarcely knows where to begin with this nonsense. I'll perhaps write something more substantial later but for now a couple of points spring to mind.

1) I was amused that putative British citizens can gain extra points by opting to live in Scotland. Thing is, here they would find a reasonably sized minority that don't share 'British values' because they believe that Britain in its present form should cease to exist. Now while this minority are admittedly a royal pain in the ass, they remain British subjects - not because they like it, or because they cleave to 'British values' but simply because it is a legal reality. So why are conditions being imposed on immigrants that don't apply to those who are already British citizens?

2) If you were to ask a random sample of people to come up with a list of 'British values' I'd imagine you'd find, if people even agreed such a body of values actually exists, that there would be substantial disagreement as to what they actually were. For example, if I were asked, I'd have something to say about social morality and civility being tempered by a vague notion of "the done thing", which has to do with custom and precedent but because it isn't really amenable to codification, it is flexible enough to adapt to changing social mores.

And here's one social custom that I really hope doesn't change: it is that it simply is not the done thing in Britain to make a song and dance about identity or indeed to confuse culture with membership of a legal order. In this sense, I would argue that it is the Government that is showing contempt for British values because we have a long tradition of accepting immigrants and political dissidents of various kinds and the notion that ostentatious displays of loyalty should be required of these now is something of a modern aberration quite out of keeping with traditional British values.
Posted by Shuggy at 5:16 PM No comments: