On games and green ink 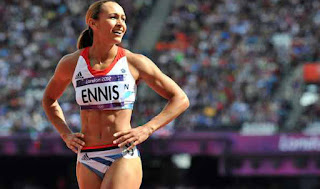 What is needed in state schools is more sport: that is the conclusion that the Tories have drawn from the Olympics, with Dave and Boris disagreeing only about the means by which this end might be achieved.

Supporters of state-education have responded by pointing to the fact that all of the medal-winners in athletics went to state-schools, as well as remarking on the dropping of compulsory PE from the curriculum in England, cuts in funding and the sale of school pitches and so on.

Reasonable enough points, although they struck me as being a little defensive. One well-known Nationalist commentator piloted a 'Scotland is more egalitarian' line for the Commonwealth in 2014 by tweeting a comment related to this article, which shows that 70% of Scottish medal-winners went to state schools.

But 30% of them didn't, yet less than 5% of Scots go to private schools.  Instead of pretending that there is no disparity, shouldn't people be asking why the Tories are so concerned about this particular example of inequality of outcome when it comes to education?

Fact is, private schools do indeed produce proportionately more Olympic medal-winners but they aren't anything like as good at this as they are at making barristers, journalists, doctors, CEOs or members of Her Majesty's Government.  That this state of affairs hasn't led a host of politicians and pundits to call for a reworking of schools' timetables prompted an uncharitable thought: could it be because they believe running around a track is a more suitable ambition for the lower orders to harbour, rather than having them entertain ideas about running things? 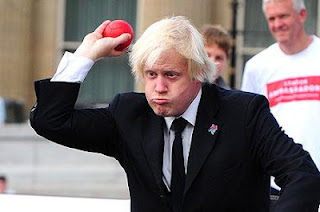 The other point is that, in as far as there is a relative under-representation of state-educated pupils at events like the Olympics, the explanation offered by the Conservatives has rightly been dismissed out of hand.  If I said Latin, Classics and sport were on the curriculum when I was at school, there are not a few people who would conclude that this formed part of a private education, rather than the comprehensive one I actually experienced.  It would be a reasonable enough assumption, given the sheer volume of competitive sport obituaries the average newspaper reader is likely to come across in any given year. 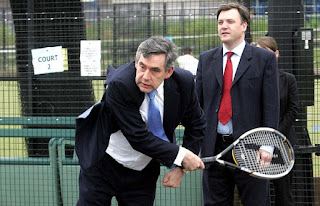 I think I have probably taught in more schools than the average politician or columnist has even visited.  An astonishing number of people have appeared genuinely surprised when I tell them I have never once been told to correct pupils' work in green rather than red ink.  Fewer would raise an eyebrow if I said none operate a 'prizes for all' regime, nor have any eliminated competitive sports from the curriculum.

These are easily-recognised elements of a right wing narrative about state schools, although it certainly isn't exclusive to the Conservatives.  Speaking at the end of the 2008 Olympics, Gordon Brown spoke about the need to end the 'medals for all' culture he had apparently come across somewhere.  It's a cross-party problem of a political class who have had contemporary state eduction described to them - by people who know very little about it themselves.

This is part of a wider phenomenon - one that has to do with the extent to which our representatives live and move in a sphere which rarely touches even tangentially to the place where the rest of us are.  Hardly a novel observation, I appreciate - it's just I've been struck by the way it seems to have increased so sharply in recent years.

There's a strand in thought about representative democracy that argues this doesn't matter so much.  While we might want politicians to resemble us to an extend, this should be trumped by expertise.  We wouldn't hire a lawyer or an accountant because they were like us, after all.

The problem with this is, even if it ever existed, this doesn't seem to be a trade-off one can make any more with a political class who generally seem to possess neither of the aforementioned characteristics.  If they were even remotely like us, the spectacle of them trying to behave as ordinary people do wouldn't be so excruciating to watch.  And they don't seem to know very much these days either.  They certainly don't know much about us - this being on account of them not being like us.

None of this is a prelude to a solution, only to record the sense that our representative system isn't working so well at the moment.  We seem to have government of the people, for the people - by the really spectacularly otherworldly.  The observation that this is vastly preferable to other forms of government is one I would agree with but it doesn't stop me from wondering how sustainable it actually is?
Posted by Shuggy at 2:59 AM 2 comments: