Seeing on my dashboard that people have left comments but they can't be seen on the actual blog for some reason. Sorry about this. It's a technical hitch that I'm too incompetent to fix.
Posted by Shuggy at 8:16 PM

Passchendaele, the Somme, Verdun, Dresden, Coventry, Hiroshima, Auschwitz, Treblinka...
After this, the century of Hitler and Stalin, the gravest threat facing humanity in the 21st century comes, for some people, from liberals?
Posted by Shuggy at 12:28 AM

A pupil once threatened a colleague with his father. The precise form of words was, "I'm going to get my da' up to kick your c**t in". My friend didn't really appreciate this, as you can probably imagine. On further investigation he learned that the reason the aforementioned pupil made this threat was because his father was a well-known local gangster.

To be fair to gangster-dad, he was entirely supportive of the school when his son was suspended for the maximum allowed time for this behaviour. I was reminded of this incident when reading Sarah Ditum's splendid piece on the contemporary 'education fetish'. She makes a refreshingly simple and practical point: the time a child spends in school up to 16 is a lot but it represents less than 10% of their time in this word of ours. Only a true believer thinks we can create a situation where as a matter of routine this can obviate the effects of the influences children experience the majority of the time.

I wouldn't describe myself as a Marxist but this cult of education we seem to be incubating both sides of the border sometimes appears to fit the concept of 'ideology' in Marx's sense like a glove. For the neo-liberals, inequality is justified by meritocracy. But anyone with even a passing acquaintance of the real world knows this does no justice to the present situation and from this it should be easy to see how the education system should become one of the leading culprits in the failure to produce 'equality of opportunity'. For one thing it's in the public sector, which is a Bad Thing. Also, the trades unions are relatively strong, which even more people agree is a Very Bad Thing.

Union-bashing has been experiencing something of a revival these days, even among - or perhaps particularly among - hacks of a liberal disposition. Here's Peter Preston, for example, using a fixation with attendance to do precisely this:

"[T]he importance of going to school day after day has never been more weightily stressed, nor more relentlessly enforced. Heads are being given less and less discretion. The message is clear: every single day matters."

Well, I know the message is clear - but that doesn't mean you're obliged to agree with it. Understand this: the single day can prove decisive when making love or making war but when you're going to school? Don't be silly. Who really believes this? Surely not the people who gave us a day off to watch two rich young things get married?
Posted by Shuggy at 9:37 PM

Adalbert of Prague, put to death with a pikestaff with seven points, Adrian, hammered to death over an anvil, Afra of Ausburg, burnt at the stake, Agapitus of Praeneste, burnt at the hanging by his feet, Agnes of Rome, disembowelled, Agricola of Bologna, crucified and impaled on nails, Agueda of Sicily, stabbed six times, Alphege of Canterbury, beaten to death with the shinbone of an ox, Anastasius of Salona, strung up on the gallows and decapitated, Ansanus of Siena, his entrails ripped out, Antonious of Pamiers, drawn and quartered, Antony of Rivola, stoned and burned alive, Apollinaris of Ravenna, clubbed to death, Apollonia of Alexandria, burnt at the stake after her teeth had been knocked out, Augusta of Treviso, decapitated and burnt at the stake, Aurea of Ostia, drowned with a millstone round her neck, Aurea of Syria, bled to death by being forced on to a chair covered with nails, Auta, shot with arrows, Babylas of Antioch...

This is taking too long - think I better skip to the present day, starting with G. George Carey, former Archbishop of Cantebury, has his views published in the Daily Telegraph.

Says Christians in Britain are being persecuted.

The SNP are very unhappy about this: 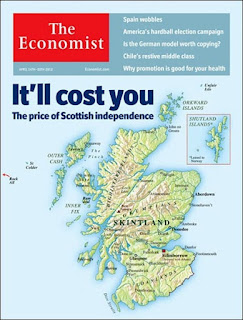 Imagine the outcry if they had done a similar map of any other country! Oh... 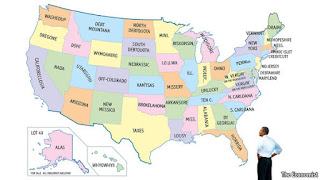