George Osborne's threat that the rUK would be unwilling to enter a currency union with Scotland in the event of a Yes vote in September has "backfired" according to the Nationalists.  Quite why the suggestion that an independent Scotland should have an independent monetary policy counts as a threat is not something the SNP have bothered to explain - although to be fair, I am not sure I can recall any journalist nor politician asking them to do so.  But in as far as the intended aim of ruling out a currency union was to make Scots less likely to vote for independence, it seems that it is indeed right to say that it has not 'worked'.  Voting intentions, in as far as one can tell, have been unaffected by the issue.  If anything, it gave a marginal nudge towards the Yes camp.  The question is why?  The one favoured by the Nationalists is that Scots agree with the SNP when they say HM Government are bluffing.  Their other explanation is that voters resent being bullied.  There is some evidence for the former claim - not a lot, as far as one can tell, for the latter.  But there is a another possibility: the reason why the currency issue has not had the impact that politicians and pundits thought it would is simply because the issue does not resonate with the average voter.  People generally do not have a great deal of interest in, nor understanding of, the economics of currencies and currency union.  This is hardly surprising - it's not as if the political class are likely to engage with them on the matter in any meaningful way. 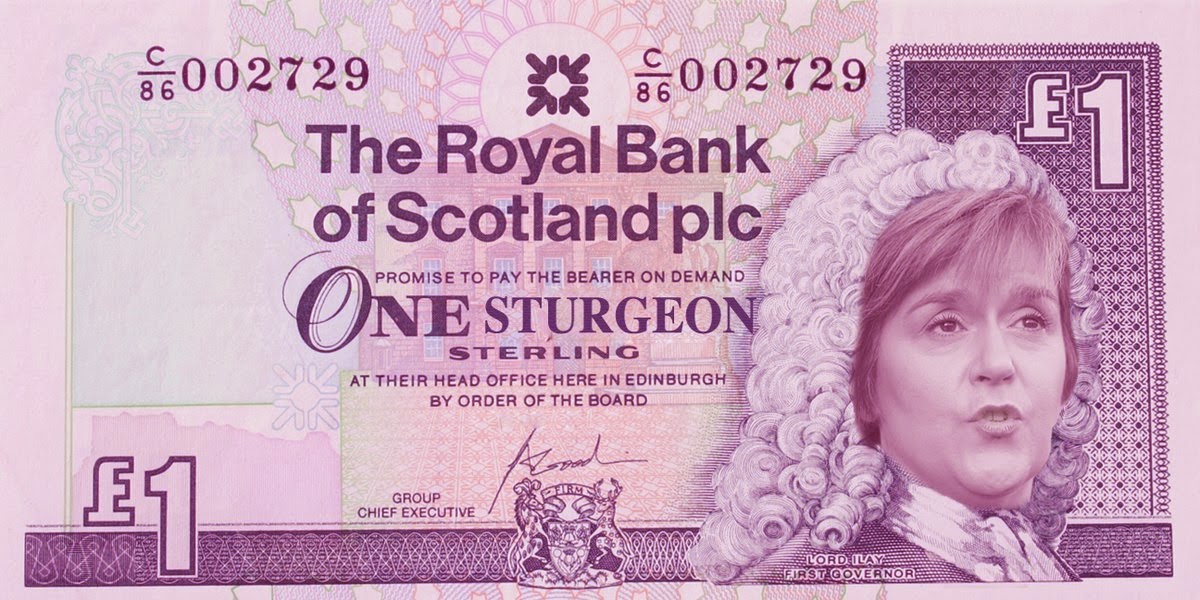 "Vote No, keep the pound" may yet prove to gain traction with voters in Scotland but I doubt it.  It reminded me too much of  William Hague's unsuccessful tenure of leader of the Conservative Party when he made opposition to the Euro a key plank of the 2001 manifesto.  He was, as it turned out, quite wrong to assume that a Labour government were going to sign Britain up to EMU but he was also wrong to think this was a burning issue for most people, regardless of their political inclinations.  Euro-sceptics saw membership of EMU as an unacceptable capitulation of national sovereignty, whereas Euro-enthusiasts associated it with a rejection of "little-Englanders" and an embrace of all that they perceived to be funky and cosmopolitan about the EU. I'd suggest that most of the British electorate saw the euro currency issue in this symbolic way too but the polling evidence would seem to suggest that, however they saw it, it was not anything like as important to them as it was to politicians and pundits.  It's a bit like the pervasive attitude to religion; people are very suspicious of enthusiasm.

There's a sense that this is being repeated in the independence 'debate'.  What 'keeping the pound' means to people in Scotland is difficult to say.  For the Nationalists, the prospect of remaining in a sterling zone is the flagship of their 'independence by stealth' strategy; they hope that it will give the wavering voter the assurance that Scotland's departure from the Union will be achieved with a minimum of disruption.  For those of us who are implacably opposed to independence, it represents the unwillingness of the Nationalists to make an honest and unambiguous argument for what they claim to believe in.  But there's a danger that both sides are devoting energy to a rather arid conversation that passes most people by.  This is not to say that the currency issue doesn't matter.  I think it matters a great deal but there's little chance of engaging people in any kind of conversation without a willingness to be candid on the matter.  Can I give what is, I hope, a non-partisan example?  A currency union is less likely than some people assume because those responsible for arranging it would assume such an agreement would require a sort of mini-stability pact that set mutual limits on government borrowing and such like.  Even if he was so inclined, what sort of agreement of this type would George Osborne be able to keep to?  None that would have any credibility in the present situation, as far as I can see.  But it is not in the interests of any of the participants in the independence debate to point this out.  Not the Tories, for obvious reasons - and not anyone in Better Together either.  Neither would the Nationalists lest they concede the possibility that rUK might just have reasonable grounds for ruling out a currency union after all.  What we're left with is indeed bluff and bluster, although not necessarily for the reasons that people are suggesting.