"It may not be widely known but Christmas was not celebrated as a festival and virtually banned in Scotland for around 400 years, from the end of the 17th century to the 1950s. The reason for this has its roots in the Protestant Reformation when the Kirk portrayed Christmas as a Popish or Catholic feast and therefore had to be banned. Many Scots had to work over Christmas and their winter solstice holiday was therefore at New Year when family and friends gathered for a party and exchange presents, especially for the children, which came to be called hogmanay."

Although our Calvinist friends weren't too keen on Hogmanay either...

"It is ordinary among some Plebians in the South of Scotland, to go about from door to door upon New Year's Eve, crying Hagmane."
Scotch Presbyterian Eloquence, 1693.

It goes on to talk about first-footing and stuff...

"An integral part of the Hogmanay partying, which continues very much today, is to welcome friends and strangers, with warm hospitality and of course a kiss to wish everyone a Guid New Year. The underlying belief is to clear out the vestiges of the old year, have a clean break and welcome in a young, New Year on a happy note.

"First footing" (that is, the "first foot" in the house after midnight) is still common in Scotland. To ensure good luck for the house, the first foot should be male, dark (believed to be a throwback to the Viking days when blond strangers arriving on your doorstep meant trouble) and should bring symbolic coal, shortbread, salt, black bun and whisky. These days, however, whisky and perhaps shortbread are the only items still prevalent (and available)."

I'd suggest that the tradition has become a little more straightforward in recent years. Now what you do is get even drunker than usual in a very busy place that you then can't get home from because it's after three in the morning and half of Glasgow is looking for a taxi.

Had to laugh at this. It's about a mother trying to make her son in her own image:

"By the time he started attending day care at 14 months, I'd given up on gender neutrality in his toys, but I still clung to the belief that I would be able to raise a nonviolent child by banning toy weapons and even cartoon violence in videos. Picking him up one afternoon, about a month after he started at day care, I was informed that he and his buddy, Zach, had been in trouble that day for inappropriate play. It seems they'd been using their thumbs and forefingers as pretend guns, pointing at the girls and yelling, "Bang! Bang!" I was gobsmacked."

I laughed because it mirrors almost exactly the version my mother recalls about me and my sister. Our parents had the same notion - PC before anyone had heard of PC - so they bought us gender-neutral toys. But I made guns out of Lego and my sister put the train-set to bed.

You don't get a blank slate. Not with individuals, families, societies or nations. One of the things that has struck me since I started blogging is the number of people who think this isn't so, wish it wasn't so, fervently believe it ain't so - without realising there's a whole bunch of people who have been there before them.
Posted by Shuggy at 11:47 PM No comments: 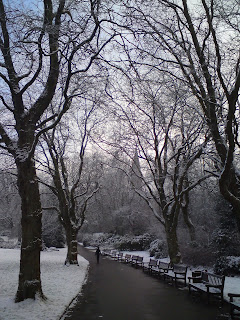 Posted by Shuggy at 3:27 PM No comments:

Busy old time, isn't it? Kept meaning to write something about the whole Copenhagen/hacked emails thing. Can't help being impressed with the way a debate about science seems to depend so heavily on ad hominem arguments. Unfortunately these don't help me much since I find most of the protagonists on both sides of the 'debate' fairly nauseating so I'll have to shelve this one the noo... (Read a post by 'Unity' of LC vs root canal? If you've never read one, you might consider this an easy call. But it isn't.)

Chris Dillow's having a larf at irrationalities in song lyrics, which reminded me of something: ever had an otherwise reasonable song completely ruined because the lyrics make so little sense, you just can't listen to it?

Quite like this wee tune but there's a couplet in it that ruins it for me:

"Tell me: did you fall from a shooting star,

One without a permanent scar...?"

Leaving aside the implausibility of surviving a fall like this...without a permanent scar? As opposed to those other shooting stars with permanent scars? These would be Glaswegian shooting stars who looked at someone's girlfriend in a club for more than twenty seconds and got themselves chibbed as a result, presumably.

This next item from the world of education is, apparently, absolutely true. The SMT minutes in an unnamed school (say, the one I work in, for example) suggested that bullies should no longer be called bullies but should instead be described as 'pupils displaying bullying-type behaviour'. I presume the idea is that the person shouldn't be defined by aspects of their behaviour. In the same way, it is unfair to describe a murderer as a murderer. Instead they should be a person displaying 'murdering-type behaviour'. Symptoms include blood-stained clothes, piles of corpses in the basement...

Merry Christmas and aura best for 2010 if I don't see you before then. x 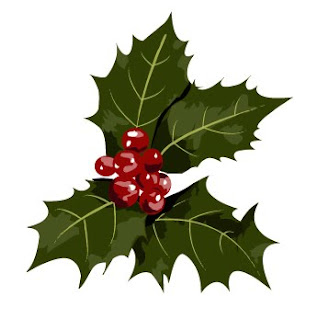 Posted by Shuggy at 3:56 PM No comments:

As you get older, you get more sceptical. About some things. Others become more certain. One thing I'm increasingly convinced about is that religion, when politicised, is always and everywhere about reinforcing the status quo. It does this by attempting to sanctify it and thus putting it beyond criticism. Reminded of this after reading the latest from inside Iran:

"Iran's Supreme Leader has accused the opposition of breaking the law by insulting the Islamic Republic's founder, Ayatollah Ruhollah Khomeini.

Ayatollah Ali Khamenei urged opposition leaders to identify "those behind the insult to Imam Khomeini".

The remarks centre on an alleged incident last Monday during which a poster of Imam Khomeini was torn up.

Opposition leaders say the alleged incident - shown on state television - has been doctored."

Those who enjoin us to respect belief might want to ask themselves what kind of belief is this that is flexible enough to legally proscribe idolatry, if it serves its purpose? That Mir Hossein Mousavi is an unworthy respository of liberal hopes, both in Iran and abroad, is demonstrated in his response:

""I am sure the students have never gone over such boundaries, because we all know they love the imam and are prepared to sacrifice their lives for his goals," Mr Mousavi said, according to newspaper Jomhouri Eslami."

If, heaven forfend, they had gone over these boundaries...
Posted by Shuggy at 12:25 AM No comments:

This is a) happening, b) I appreciate not everyone agrees but this qualifies as good news for me.

It's happening in a number of different ways but the sacking of poor old Fiona Hyslop seems to have put matters into focus.

It's all very well complaning she didn't master her brief, didn't present the Scottish Government's position very well and was generally a bit shit - as a number of commentators have done. All true - but in fairness I would have thought even the slickest communicator would struggle to put a positive gloss on the Scottish government's position here.

The flagship policy of reducing class-sizes has sunk into the Leith, along with most of the SNP manifesto.

But teacher numbers are falling.

Recruiting teachers is the responsibility of councils, not central government.

But the SNP have carved up a deal with COSLA to freeze council taxes.

I know the idea was that the shortfall would be made up by central government but in the final analysis the complaint is that Fiona Hyslop failed to acquire to the centre powers that properly belong to local government. This is, presumably, what was behind her frustrated threat to wrest control of education away from local government.

Anyway, you'll have noticed everyone is a bit skint these days. Hardly Fiona Hyslop's fault really. 'Scapegoat' is the expression used in the peice linked above - 'lightening rod' was another used elsewhere. Sounds about right.
Posted by Shuggy at 1:03 AM No comments:

After Monday and Tuesday...

...even you calendar says WTF?
Posted by Shuggy at 1:20 AM No comments:

Guardian readers will be aware that this is a regular feature in the paper that is designed to answer questions for people too lazy to do their own research. I like this and have decided to branch out on my own in this vein. The first question, prompted by a comment left by Paul Evans under the post below is: demand-revealing referendums - what the fuck are they all about, then?

Actually, I have a more specific question, which I'll come to in due course... Having trawled the tinternet and read the infuriatingly other-worldly explanations of various economists, I've decided that Mr Dillow's advocacy of this idea has at least the benefit of using real world examples - such as Trident, the EU, and the most recent case of Swiss minarets.

I get the basic concept - that people would be obliged to attach a price to their preferences, which in turn would require them to consider more carefully the whole cost-benefits thing. Now, while I'm sure this has been dealt with in some opening paragraph in some gripping text on this issue, in everything I've read on the subject so far, there isn't an answer to this question: why should people have to attach a price, and indeed run the risk of paying a tax, for a policy that is either free or carries a per capita cost that is completely insignificant? This, surely, creates a situation where there is absolutely no connection between what people pay in tax and what the policy they voted for costs in the real world? How is this more 'rational' than the present situation where there is at least a vague link between what they vote for and what they pay? I can't see it in the most recent example Chris uses:

"If people had to stake their own money - even though the risk of loss is actually small - they would be less ready to vote to reduce others’ liberty. They’d figure: a minaret does me no harm, so why should I pay to stop them being built?

But stopping them being built probably won't cost anything at all in the real world. There's a theoretical possibility that a group might try to throw up a minaret in defiance of the law, in which case there would be a cost in terms of policing. But this is unlikely in the extreme, which leaves me repeating the question: how can a mechanism that invites - nay, compels - people to attach a price to something that costs precisely nothing more 'rational' than the present reality?
Posted by Shuggy at 12:14 AM No comments: