Actually it's shape. Of the face. Politician's faces, to be exact:

"FORGET policies or moving oratory, when it comes to winning the popular vote it is the shape of a politician's face that matters, according to a new study.

Researchers have discovered that Tony Blair's electoral success can be partly put down to his features, which voters preferred to William Hague's and Michael Howard's. 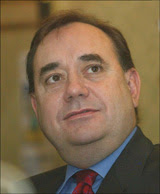 I'm not sure this makes the Holyrood elections in 2007... 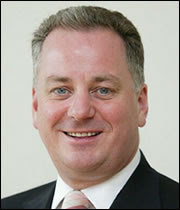 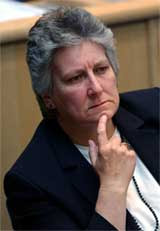 ...to predict.But maybe it's just me. Any swing-voters out there find anything to choose between these rather distressing specimens?
Posted by Shuggy at 2:24 PM

The twins are scary, aren't they? And born by accident. I'll go and eliminate one of them.

We seem to do a good line in ba' faced wee men when it comes to politicians.

Even Tommy, who was one a little more gaunt, seems to be getting pudgy. (Although that might be the picture posted - I'm not sure if he is showing a fist of solidarity or trying to tug out his hair extensions).