The trouble with Ed 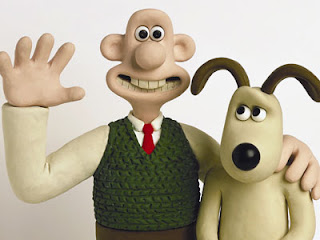 Some good people have been defending Ed Miliband of late. This isn't something I feel able to do. When Ed Miliband was elected leader, I thought, "Oh no - here we go again..." Another leader who can't win elections yet regardless of how dismal a performance they put in, we'll get calls to 'pull together' and stop sniping.

Whether these carry any weight with party members, I couldn't say but as a mere supporter, I don't feel obliged to pay any attention*. There's too many problems with Ed, all of which combine to make him unelectable. Most of them fall into two categories:

1) No-one's listening to what he has to say. In fairness, part of this has to do with the intrinsic difficulty in framing a distinct and coherent message in these present circumstances. If the government says they are taking the steps necessary to avoid the economy going Greek-shaped, how are people to judge whether this or the Ed Balls analysis is correct?

But the most important problem is one people seldom mention. So seldom, I wonder if this is because if they do so, they would be concerned that this would signal a superficial interest in politics that has to do with personalities rather than policies? I don't know but I'll put the problem in the most basic way I can and you can accuse me of being superficial if you wish. It doesn't matter what Ed Miliband's policies are because he's never going to be Prime Minister. And the reason he is never going to be Prime Minister is because he reminds people of Wallace from Wallace and Gromit.

Or someone else... Point is, I don't understand why people put so much energy into pretending this sort of thing doesn't matter. FDR was in a wheelchair, Ike was bald. One of the ironies of today is that while we're all so much more PC nowadays, I think everyone knows the USA will never have another President who is either in a wheelchair or bald in an age of instant mass-media. Britain isn't so different. One of my mother's postwar anecdotes was that while she could remember what he looked like from newsreel at the cinema, she could never recall hearing Atlee speak.

Saying it should be about policy and 'the ishoos', as Tony Benn used to say is just empty moralising. I dare say it should be but it just isn't. The question is, what are people who come out with this line seriously intending to do about it? Because the pretending it doesn't matter strategy isn't working.

2) Does Miliband have anything to say anyway? It's a genuine question because I don't listen to what Miliband has to say about anything after he said this, which is actually the only thing I can recall him saying that stuck in my mind:


"While out campaigning during the local elections, not for the first time, I met someone who had been on incapacity benefit for a decade.

He hadn’t been able to work since he was injured doing his job.

It was a real injury, and he was obviously a good man who cared for his children.

But I was convinced that there were other jobs he could do.

And that it’s just not right for the country to be supporting him not to work, when other families on his street are working all hours just to get by."

He was convinced. I thought, why is he convinced? Because he had knowledge of vacancies going in this poor bugger's area? Tesco specifically looking for people with dodgy backs who hadn't worked for the best part of a decade perhaps? And if he knew of actual vacancies, did he get any of his staff to do anything to help get this man one of these jobs he knows about? Of course he didn't - because he had no knowledge. It was only the sort of thing someone who's never had to do any heavy-lifting in his life would say. Pious catch-phrases without any practical help. So I stopped listening and joined the ranks of those who never started.

*If you're thinking this status disqualifies me from having an opinion, you might want to question an election procedure that gave me a vote by virtue of being a member of a trades union...
Posted by Shuggy at 9:18 PM